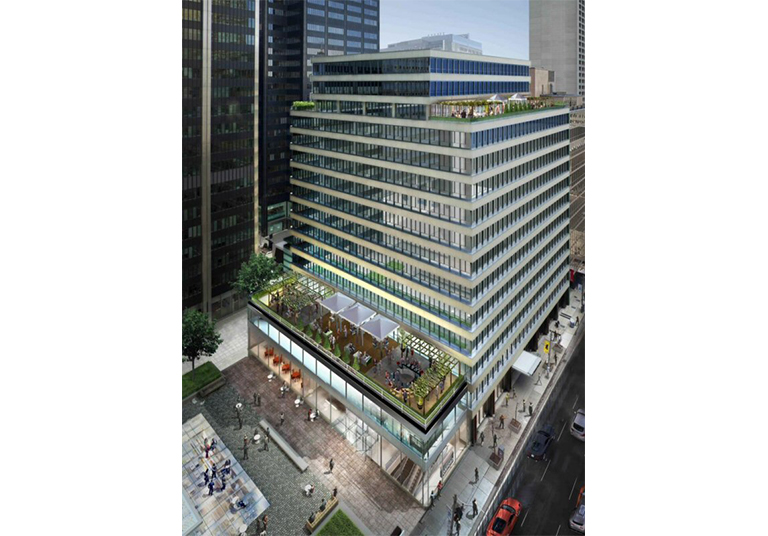 A landmark of modern architecture, built in 1954 and designed by celebrated British-born architect Peter Dickinson, 111 Richmond Street West has rightfully been designated as a heritage site. To keep up with the growing city of Toronto, 111 Richmond underwent a complete redevelopment in order to adhere to the latest standards in technology and environmental specification while maintaining its heritage features. It has become a key component of the Richmond Adelaide Centre.  A 1.6 million ft² complex made up of five buildings and located in the heart of Toronto, 111 Richmond Street West features a public plaza, heritage lobby, and extensive use of natural light.

The HIDI Group provided mechanical design for this 140,000 ft², 16-storey office building with 2 levels of underground parking. Using Peter Dickinson as inspiration, the main lobby was restored to its original glory. Complete replacement and upgrades of existing mechanical systems were necessary to bring the building to current standards and LEED Gold certification for heritage buildings, as well as connection to Enwave deep lake water cooling and district steam.

One of the challenges that the team faced was that Google, a major tenant in the building was to take occupancy 6 months into the scheduled 12 months project making coordination very important. Other challenges included the installation of the new mechanical and electrical due to floor to floor height restrictions.  This was overcome by going with an open ceiling concept and using flat oval ducts, sprinkler piping that interlaced between HVAC ductwork and dedicated O/A perimeter for fan coils. 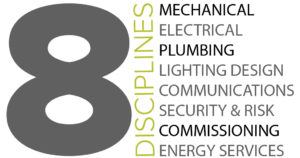