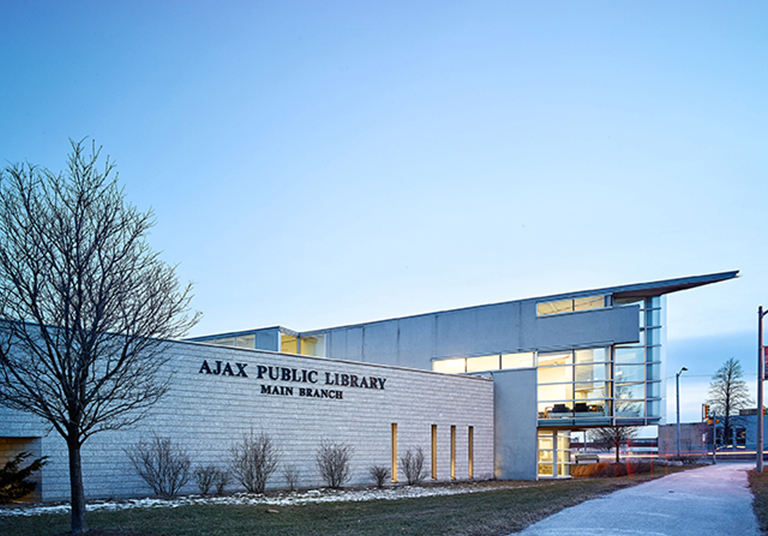 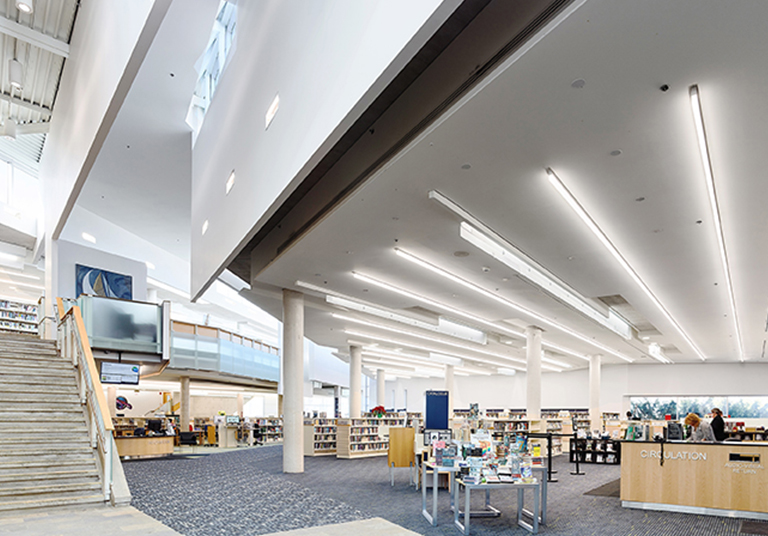 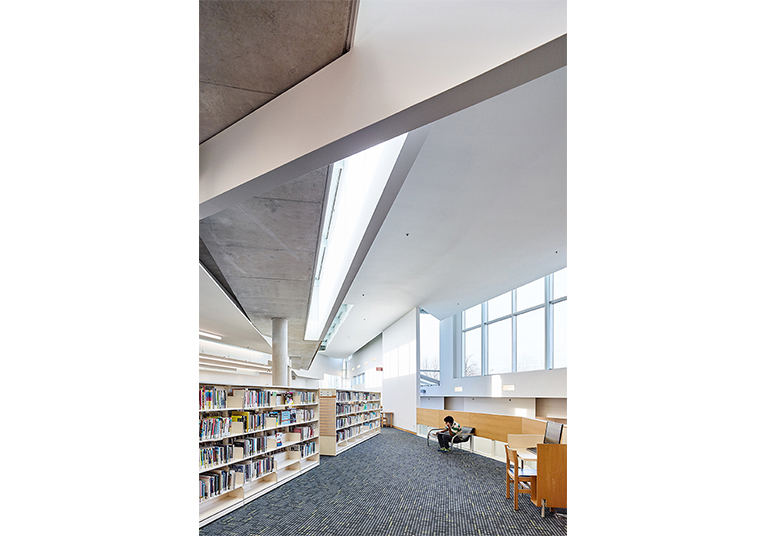 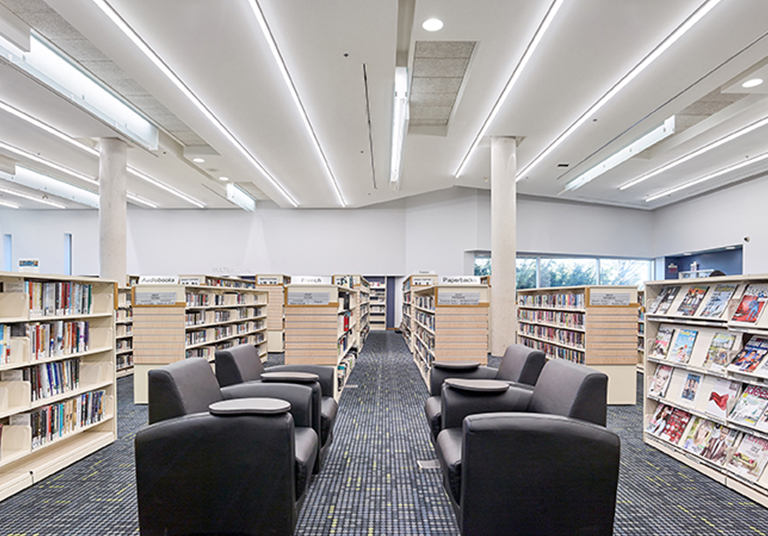 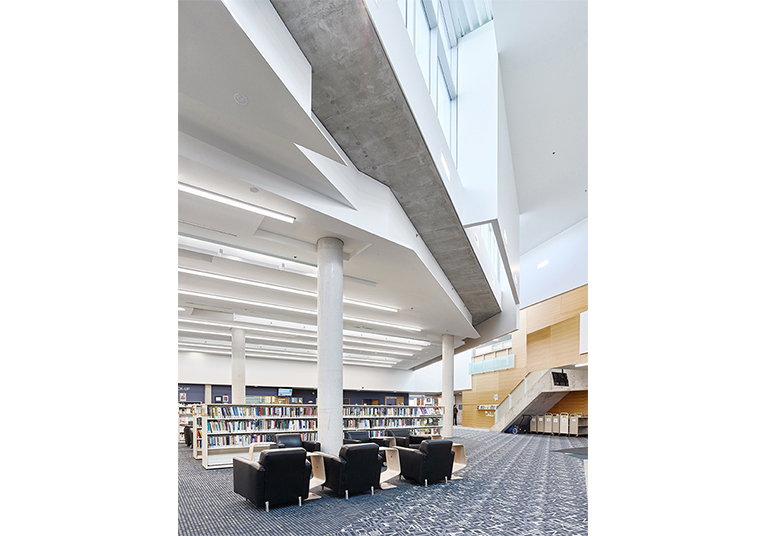 Since its opening, The Ajax Public Library has been a both a source of information as well as an architectural beacon in the Ajax community. Due to the harsh glare and inefficiency in the existing lighting system the library opted for an upgrade as part of its renovation.

In collaboration with architect Luc Bouliane, Alula Lighting Design was brought on to design a lighting system that improves the quality of light and reduces the library’s energy consumption, while maintaining its unique architectural aesthetic.  The new LED lighting system was modelled using illumination software and developed in a way that preserved the integrity of the building. Resulting in a visually continuous environment, while minimizing glare and reducing the original connected load by 33%.

The HIDI Group also provided both mechanical and electrical design for the library’s office and interior improvements.

By using of software like AGi32, the Alula team was able to model and test their concept designs in a virtual world allowing them to create a system that is both efficient as it is aesthetic.