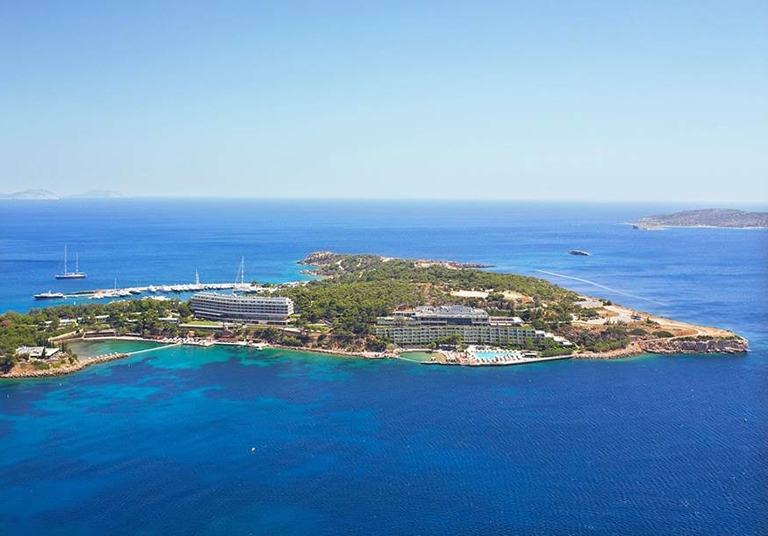 The HIDI Group and its partner firm EMD have completed work as Low Voltage Consultants for the renovation of the top hotel in Greece, the Astir Palace Resort. Located on its own private peninsula in the exclusive Athenian Riviera south of Athens, the Astir Palace has hosted heads of state for over forty years, including President Obama in the weeks before he left office. Comprised of two Hotel buildings originally built in the 1960’s and 1970’s, and 58 bungalows built in the 1990’s, the extensive property has been transformed into a Four Seasons Resort and Spa. The Hotel buildings have been gutted and completely refreshed from top to bottom, and the grounds, pools and resort facilities are being upgraded to the most exacting Four Seasons standards. With commanding views across the Mediterranean sea and the Greek islands, the Four Seasons Astir Palace resort has been prepared to host the next generation of Greek, European and world travellers wanting to partake of famous Greek hospitality. New Telecommunications, Security and Audiovisual infrastructure was developed and implemented, including greatly increased connections to the outside world and pervasive wireless connectivity across the site. The Astir Palace is the host Hotel for the world’s largest Shipping trade conference, Posidonia, which is a bi-annual event. With its own private Heliport and yacht handling facilities, and upgraded Security facilities, the Resort is ideally suited to host the shipping industries biggest players.