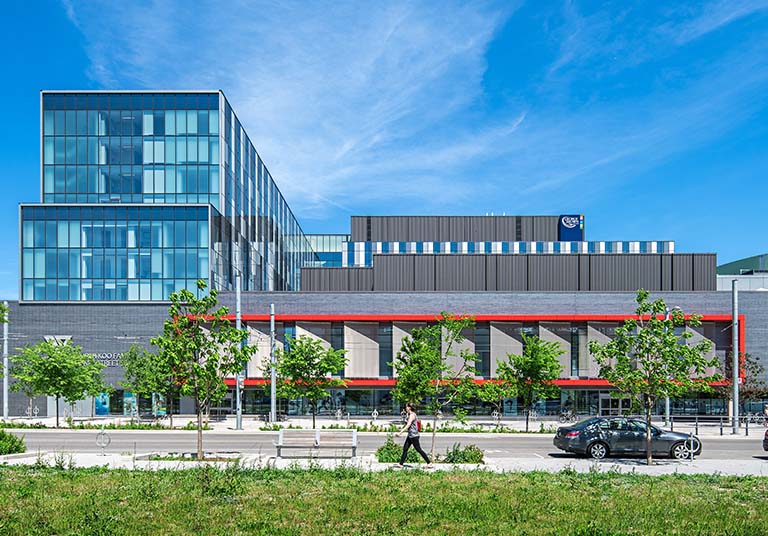 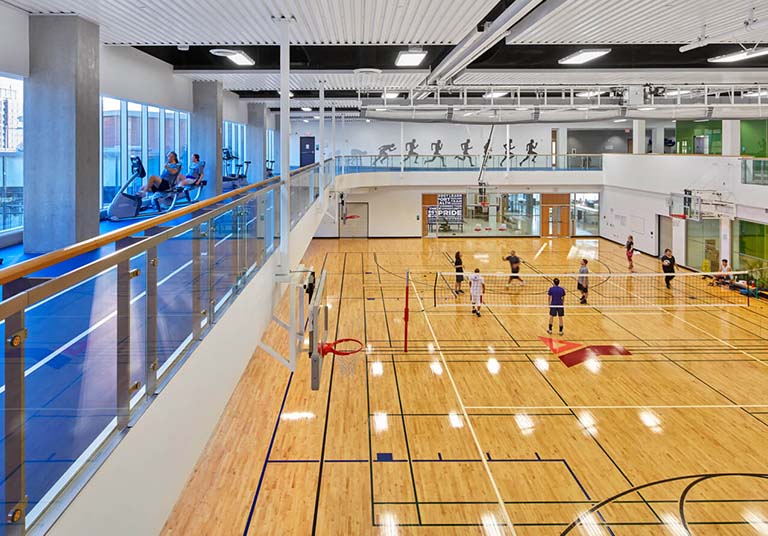 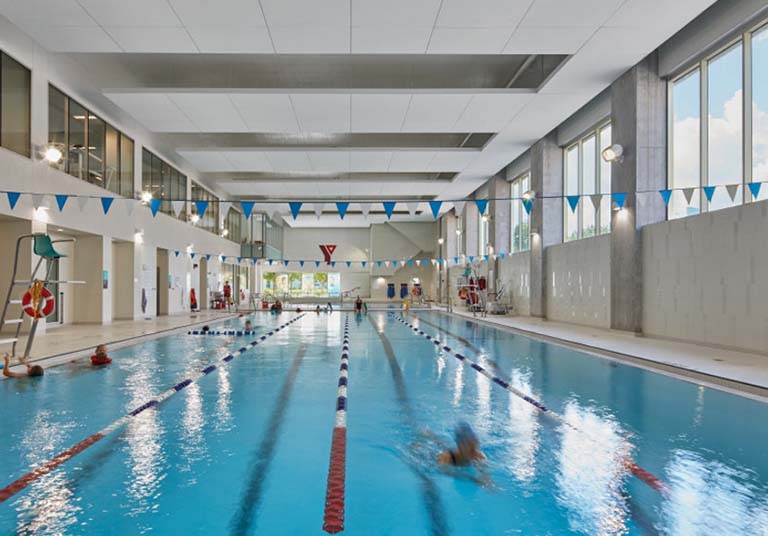 During the 2015 Pan Am Games, one district had the eyes of the world.  That district was the Canary District of Toronto, Canada. Selected to be the Athletes Village, it became the home of world class athletes and champions. The HIDI Group provided the mechanical, electrical, communications, A/V and security design for this $514 million project.

After the games concluded the area was converted to legacy mode, including 7 buildings made up of 300 affordable housing suites, 1,000 condominium suites, 220 student residence suites, large retail spaces, the YMCA and a historical building.

The Cherry Street YMCA is part of Block 1/14 of the Canary District master plan, which also includes the George Brown College Student Residence, located above the YMCA. Although the two facilities are independent, George Brown encourages their student residents to join the YMCA and use the excellent facilities downstairs from their dorm rooms. This YMCA acts as a Community Centre within the Canary district.

The HIDI Group Communications and Audiovisual Design teams prepared detailed designs for the YMCA, based on guidance from the Greater Toronto YMCA directorate and  Community Centre experience by the Architect, MJMA.

The Communications and AV designs were integrated into a common platform, with the AV equipment co-located within communications rooms. Audio paging loudspeakers were implemented in 24 different zones, for both front of house and back of house areas. Any zone area could have unique paging to that area or paging zones could be grouped into master call groups. The system also incorporated intercom communications between service and front entrances and staff positions within the YMCA. The Pool area has discrete waterproof loudspeakers to provide either local or general announcements, with a consideration of intelligibility inside the highly reverberant spaces. The large multi- purpose Gymnasium has a discrete local audio and video projection system, with simple controls for non-technical users, and can be zoned into 2 sections when the moveable dividing partition is deployed. There are also 3 bookable multi-purpose rooms with built in ceiling loudspeakers and video projection screens. The rooms have simple controls for use by members of all ages.

Besides the central system AV rack in the Main Comms Equipment Room, there are also distributed AV racks serving the multi-purpose meeting rooms, the Fitness area, the Gym and the Pool. The fitness area has dedicated large screen TV’s at strategic locations and in-floor power and TV connections for cardio equipment fitted with video consoles. Members can use their own audio headsets or buy inexpensive ones from the front desk. The green roof of the YMCA is shared with the George Brown residence. This large grassy terrace is equipped with multiple weatherproof loudspeakers and local audio input points, for summer parties or staged events. There is also a Digital Signage system around the YMCA, providing room booking information and schedule of upcoming events.