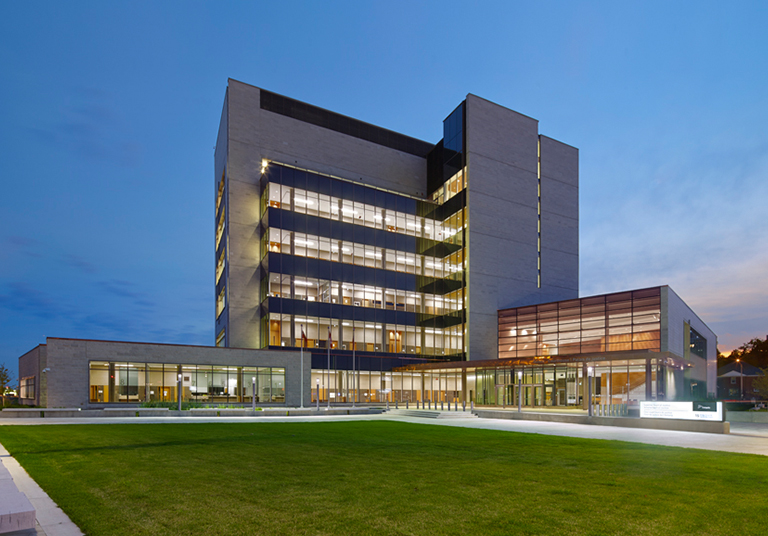 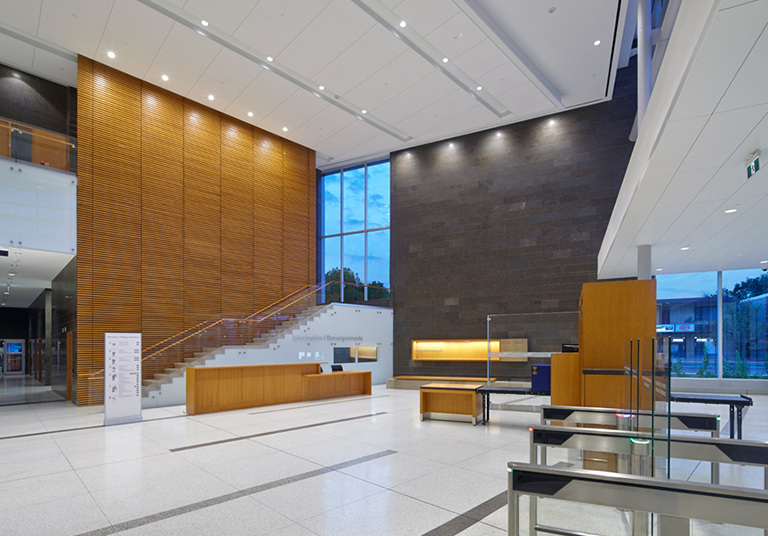 The Quinte Consolidated Courthouse was designed to consolidate the Superior Court of Justice and Ontario Court of Justice which was previously split into four locations, three being in Belleville and one located in Trenton. The six storey courthouse has a total of fourteen large and small courtrooms for both municipal and provincial services.  The building contains a mandatory segregation of service pathway (for prisoners, public and judicial services staff), holding cells in the lower levels and an airlock vehicle discharge space for prisoners, along with both above and underground parking. The total project is valued at $247 Million.

Designed by WZMH Architects, the new courthouse building was targeted for LEED Silver but surpassed its expectations and was certified as LEED Gold.

The HIDI Group provided electrical, lighting and communications design for the new courthouse.  Our electrical scope features a hybrid addressable lighting control system where all daylight and occupancy sensors are centrally monitored. Rooms which are adjacent to large windows have the ability to automatically dim which reduces the artificial lighting in the space which in turn, takes advantage of the natural daylight and minimizes energy consumption. The courthouse also features separate standalone lighting controls that can be accessed from the court clerk’s desk.

Due to the courthouse requirements, we provided segregated communications services to four different constituent groups within the building.  This meant that we needed to provide co-location cabinets in each LAN room which could be controlled and locked by the different groups.

Working with multiple stakeholders posed a bit of a challenge as each group had its own requirements and demands. Our team was able to overcome this from the organization perspective by reconciling the demands of each group including major stakeholders: Government of Ontario information technology services group, Belleville Police, Hastings County Law Association, and 3rd party groups.