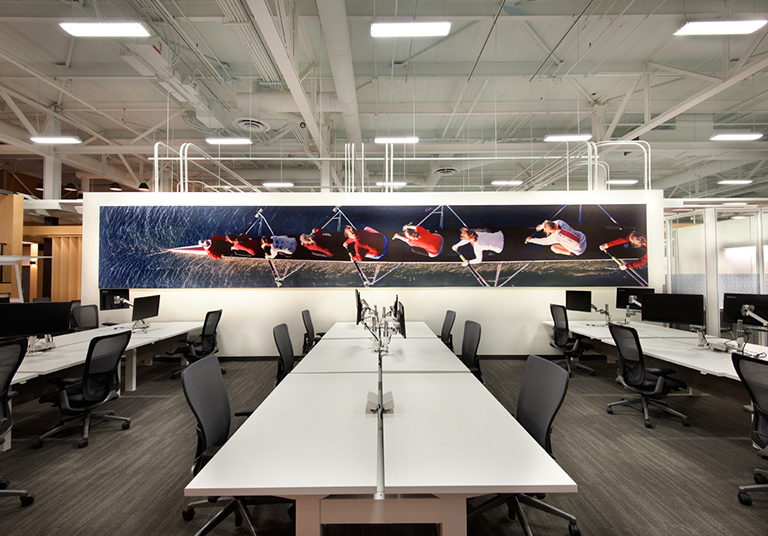 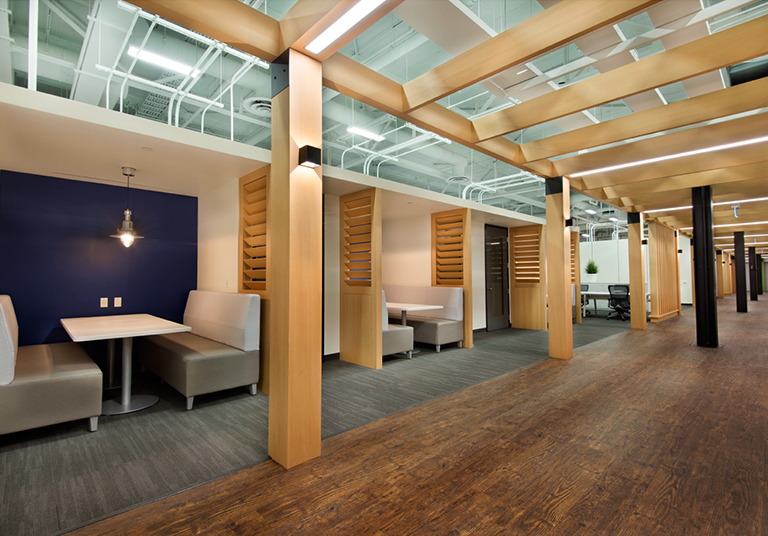 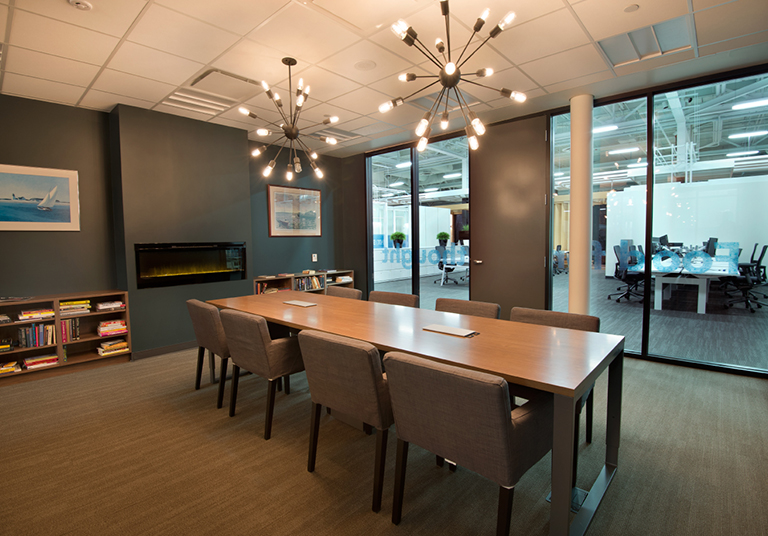 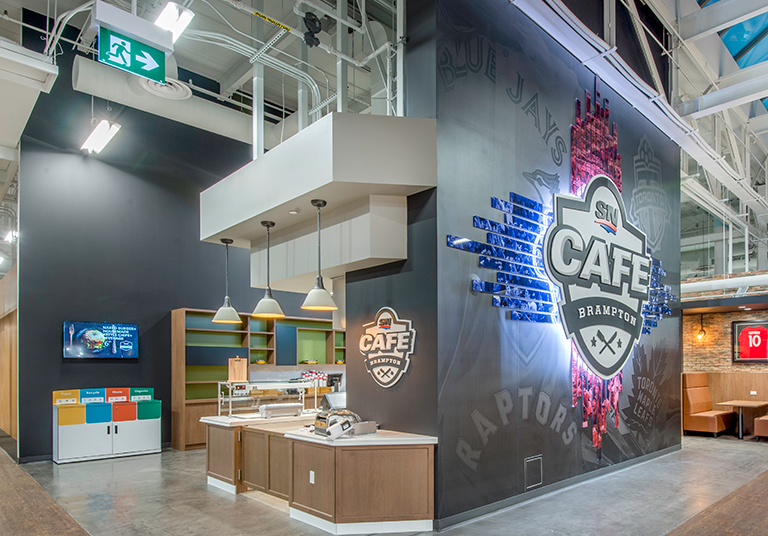 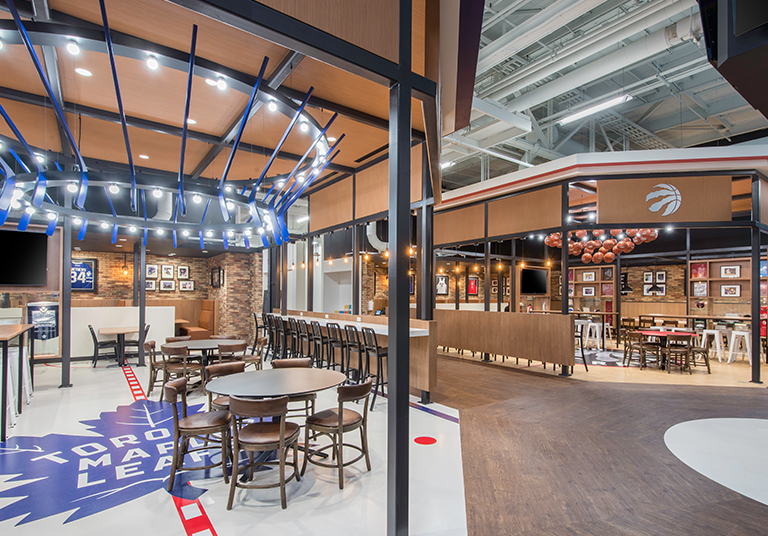 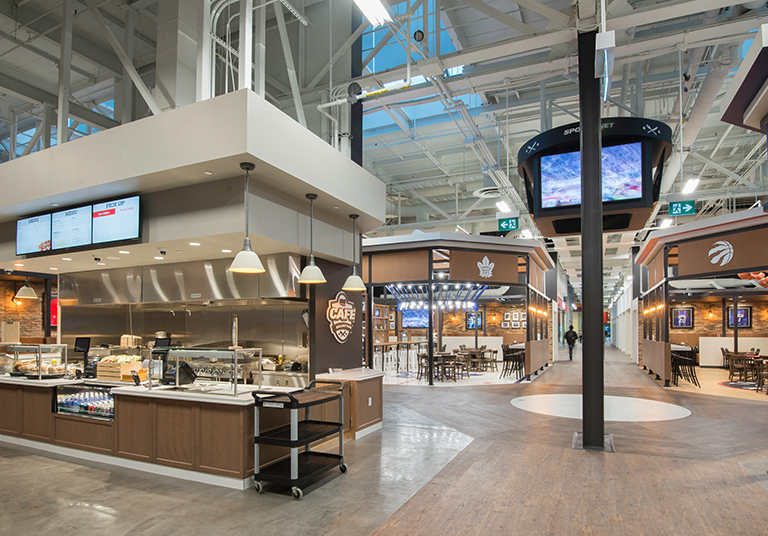 The HIDI Group is pleased to announce that we are entering into a three year partnership with Rogers Communications and HOK to roll out a redevelopment plan for all Rogers corporate office space across the nation. The unofficial motto for the project is ‘people move, not furniture’ and is a reflection of Rogers CEO Guy Lawrence’s new approach to hoteling /hot-desking.

All phases of the project are expected to include up to 3,000,000 ft² of office refurbishment. Project work will be carried out by teams in both Toronto and Calgary offices and will involve buildings in most Canadian Provinces.

The Brampton, Ontario, transformation involved the conversation of a 3-storey, 1 million ft² warehouse over multiple projects to allow unaffected spaces to be occupied throughout. The first phase measures 400,000 ft² and features new offices with repositionable modular workspace, collaboration zones, raised mezzanines, a green wall, modern cafeteria and back-of-house food preparation space with an edgy and contemporary aesthetic that ushers in the next generation of Rogers Communications.

The Sportsnet Cafe is perhaps the most interesting space within the office. Consisting of 7,364 ft², the café is at the centre of the main building and includes various themed cafes ( Blue Jays Café, Raptors Café, Maple Leafs Café, and the Sportsnet Café ). Each cafe has a floor finish that imitates the playing surface that individual Toronto team. The Ted Cafe on the other hand is approximately 30,385 ft² and has 5 food stations including a bakery; beverage bar; pizza, pasta, Asian, Indian station; salad and deli station; and rotisserie and grill station. The entire Ted cafe is cashless.