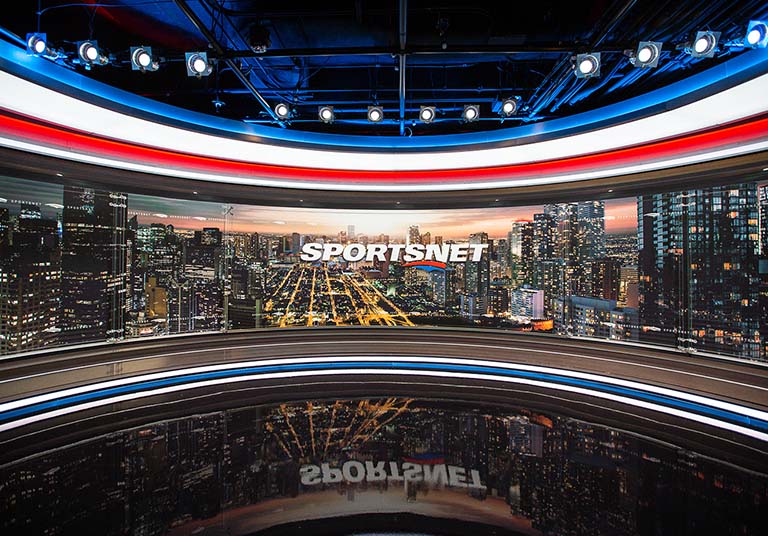 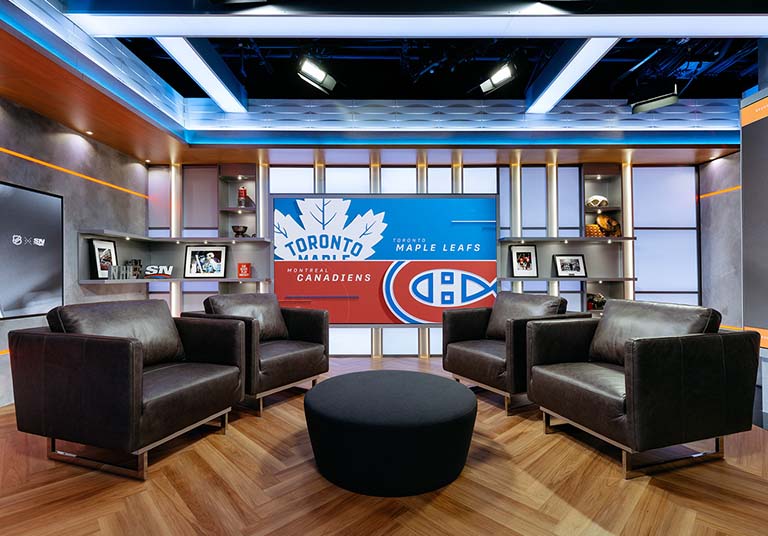 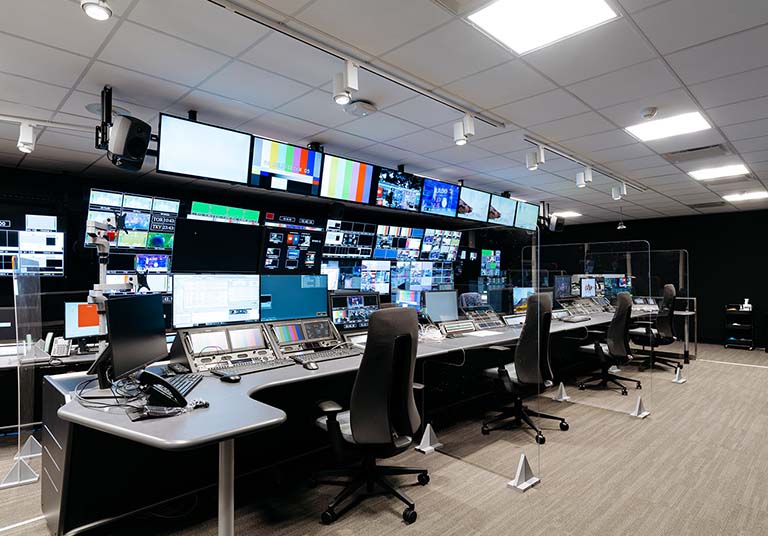 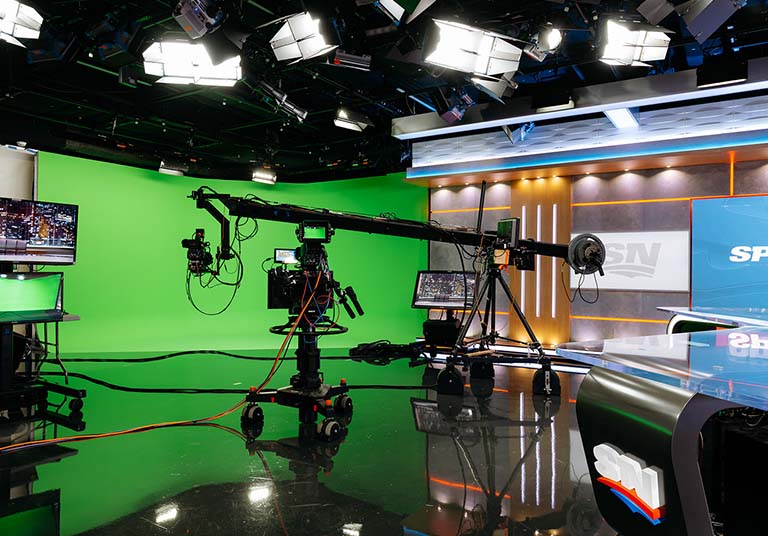 Opening in time for the 2021-2022 NHL season, the new Sportsnet Studios, located within the Rogers Communications Downtown Campus encompasses 20,400ft². Designed by BDP Quadrangle the television broadcast studios was carved out of an existing floor plate that was prior used as office space and includes two broadcast studios, washrooms, storage rooms, rack rooms and two temporary control rooms with 2 new audio rooms. The project was split into two phases, first phase involving a feasibility study and second involving the design and build out.