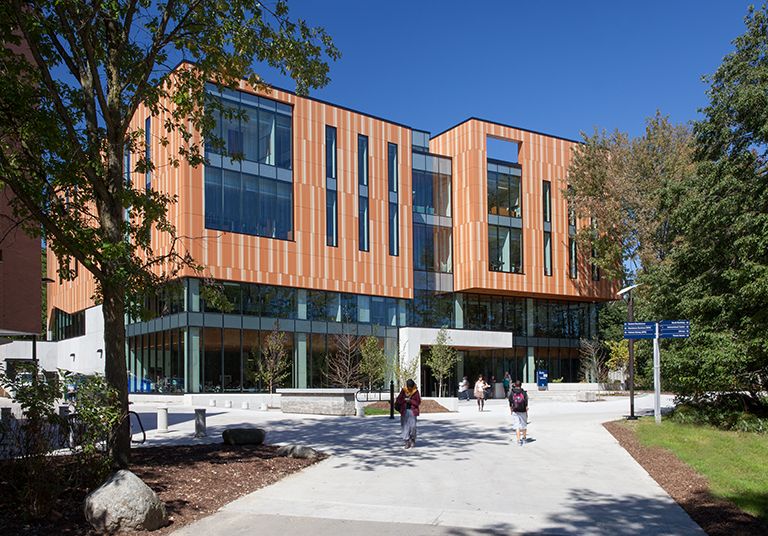 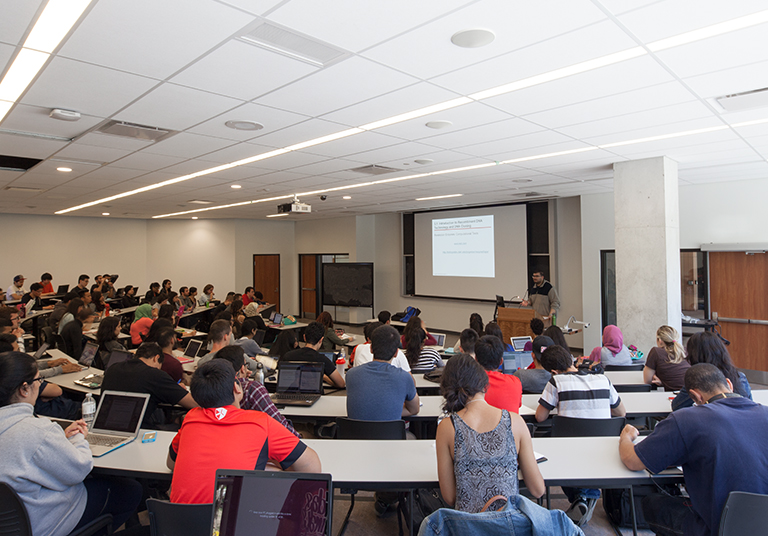 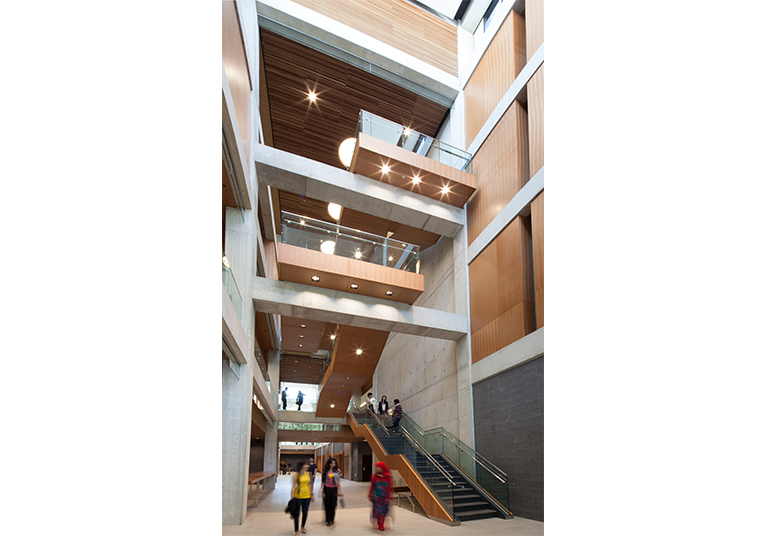 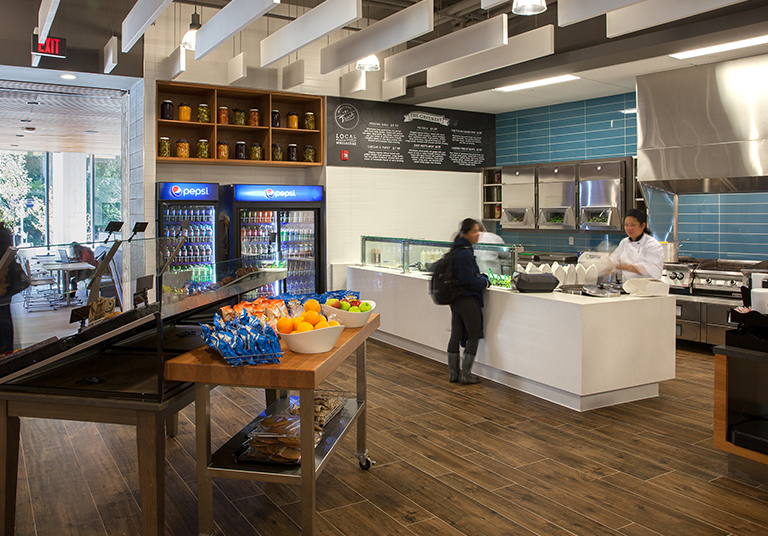 University of Toronto Mississauga’s Deerfield Hall opened its doors on September 2014. The $45 million project designed by Perkins + Will Architects was Phase 1 in the university’s process to replace the aging North Building. Eastern Construction were the contractors for this Design Build project. The 112,000 ft² facility houses the university’s mathematical and computational science departments, as well as psychology and rehearsal space for the theatre and drama program.