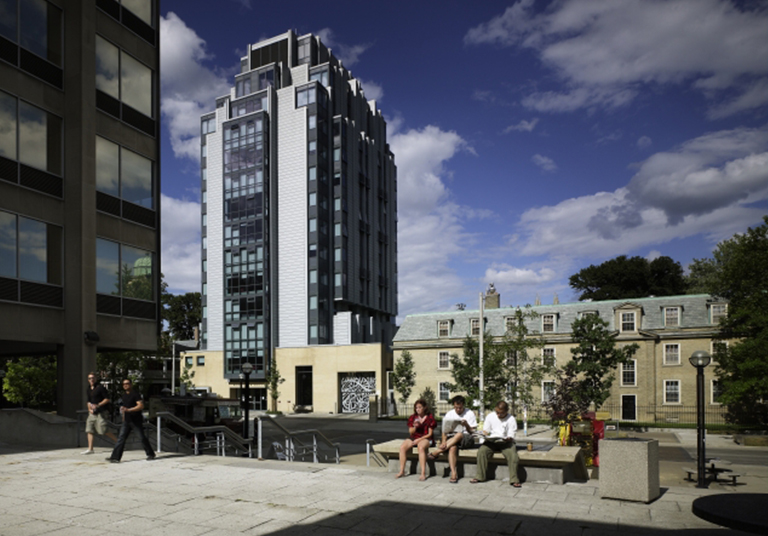 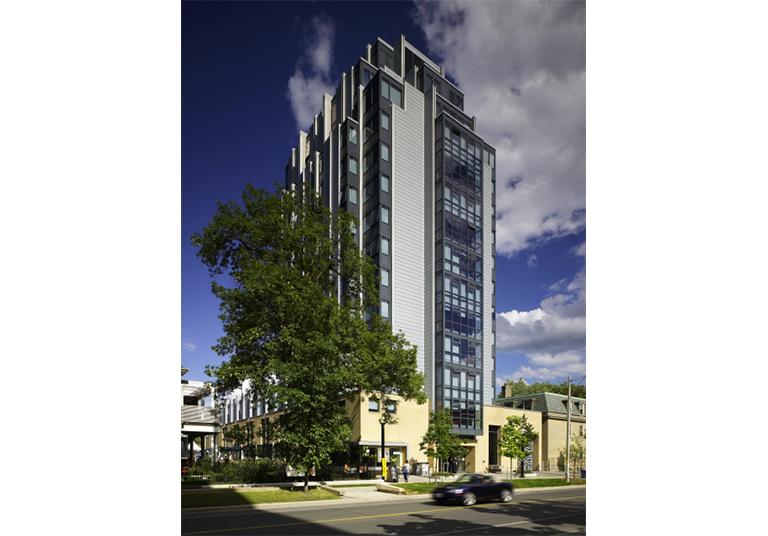 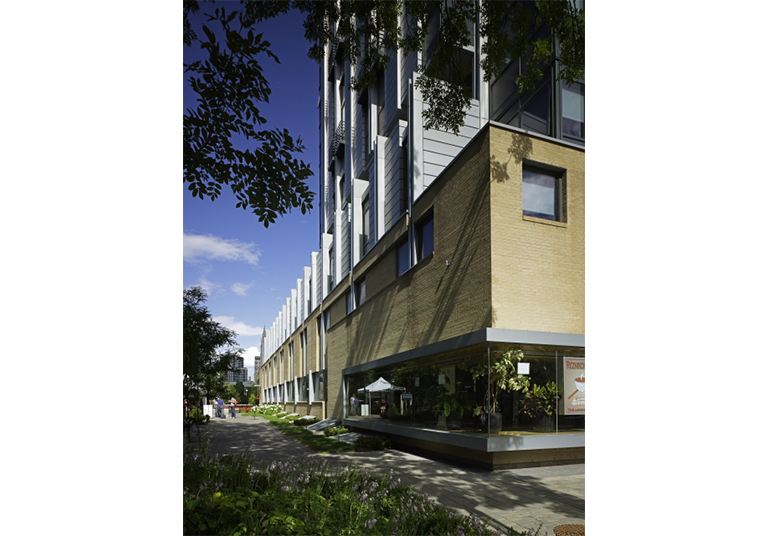 Opened in 2005, the 300 rooms University of Toronto Morrison Hall was the newest residence to the downtown campus. Named in honor Russell and Katherine  Morrison, the approximately 150,000 ft2 residence houses not only  student rooms, but  the Howard Ferguson dining hall and Café Reznikoff (which is named after a spectre that haunts University College). Located in the basement of Morrison Hall is an open space Leonard Common which is used by the Centre for Drama, Theatre and Performance Studies.

The HIDI Group provided mechanical, electrical, plumbing and communications for the $100 million dollar building which was designed by Zeidler Partnership Architects. Morrison Hall is made up of a 3 storey podium and 13 storeys of tower and is an addition to the already existing Whitney Hall and Sir Daniel Wilson residence.